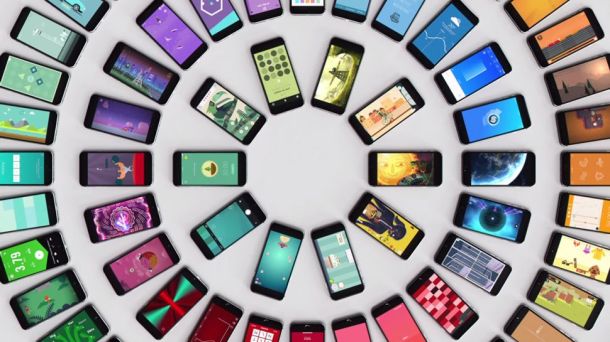 Sunday, April 17th will be the first of two workshops of “Family History with a Smartphone”, a project offered by the Pacific Canada Heritage Centre in partnership with UBC Asian Library, that will teach how family stories and oral histories are gathered, and how they can be exhibited as an heirloom for generations to come. Our second workshop is May 14th, with a Community Showcase on June 4th.

Below we would like to introduce and acknowledge a few facilitators that will be involved in our first workshop. We also extend our gratitude towards filmmaker Al Yoshizawa, lead filmmaker and director for the Chinese Canadian Stories web series (amongst other credits), and his students of the Asian Canadian and Asian Migration Program at UBC for volunteering their time.

Dominique Bautista holds a BA in English Literature with a background in Sociology from UBC, and proudly belongs to UBC’s Asian Canadian & Asian Migration Studies’ inaugural graduating class. She is currently pursuing her Bachelor of Education in Secondary English and Social Sciences, finding ways to foster conversations about diversity and socio- cultural awareness within and beyond an educational setting. A cultural hybrid, she has always been interested in the intersectionality of identity politics and migration, which guide her values rooted in community advocacy and allyship. From as early as she can remember, she has always loved listening to stories. This passion extends through her research work with ACAM: capturing oral histories, bringing to focus lesser- known marginalized voices, and subverting the dominant narrative. When not enjoying a good cup of tea, she can be found yearning for more sunshine or trying new cuisine!
The films Dominique has involved with have always been group efforts. She is lucky to be surrounded by such talent to learn from and with. Her credits include:

Sarah Ling is an Educational Developer at the University of British Columbia, collaborating on the initiative “Uncovering Indigenous Stories Through Digital Tools” to implement a set of learning resources that help connect students to the unceded land that UBC is situated on, and the layers of living histories within it. She is completing her MA, through which she works with the Musqueam Nation to revitalize the intercultural history of Chinese market gardening in their community, and stories of UBC-First Nations relations.

Sarah first became involved and interested in film making as a pedagogical tool through Chinese Canadian Stories, for which she edited the films “Larry Grant: Not Belonging” and “Larry Grant: Intertwining Cultures” as part of the Chinese and First Nations stories section. She is the producer and project lead for the film series called “The Power of a Name,” with reveals the historical context of the site known today as Totem Park Residence at UBC, sheds light on the contested history of its original building naming process, and revitalizes stories of UBC-Indigneous relations. Two of the films about the newest house names, gifted by Musqueam in 2011, are available here.

Sarah is also the producer for the “Where Are We in the World?” film series at UBC that features sites around the Lower Mainland shaped by hidden histories of struggle and agency that are often ignored.

The first film she made by herself as a graduate student for FIPR469 course regarding Asian Canadian histories, is called “Peeking in the Pink Houses at Musqueam: A Migration Story.”

Sarah is currently the producer for “All Our Father’s Relations,” working with director Alejandro Yoshizawa and the Grant family on a feature-length documentary film project that features four elders who are siblings of Musqueam and Chinese ancestry.

Joanna Yang is a first-generation Canadian born Chinese settler on the traditional and ancestral lands of the Coast Salish First Nations peoples. She graduated from the UBC Human Geography and Migration/Globalization Studies program in 2014, and has since been working at UBC as a staff member. An aspiring visual storyteller, Joanna considers herself to be a life-long learner, constantly curating her storyboard.

“Radicalizing Intimacy in Queer Asian Canadian Youth,” was a short film made by Joanna and Stephanie Fung for Al Yoshizawa’s first FIPR 469A cohort. The documentary premiered at the Vancouver Queer Film Festival in July 2014, and was also selected for four more film festivals in Montreal, Winnipeg, and Torino.

Joanna also edited “Canadians that Never Arrived: The Komagata Maru and Our Absent History,” a short documentary made in 2014 to commemorate the 100th year of South Asian exclusion in Vancouver. The original cut was adapted for the “Where Are We in the World?” film series that features sites around the Lower Mainland shaped by hidden histories of struggle and agency that are often ignored.

A Banquet of Stories

A Banquet of Stories on Balitang America