The top 75 for the RBC Canadian Immigrant Awards have been chosen!

This year, PCHC-MoM is endorsing the candidate Madeline Chung, whom we have nominated for her outstanding achievements. Please vote for her for the Top 25 here: http://canadianimmigrant.ca/canadas-top-25-immigrants/vote

Dr. Madeline Chung was born in Shanghai, China, and grew up in Hong Kong. She came to North America in 1949 and specialized in obstetrics and gynecology. For a time the only Chinese-speaking obstetrician in Vancouver, she delivered more than 6,500 babies during her four-decade-long career. In 1999, she was made an honorary life member of the British Columbia College of Physicians and Surgeons. She is a founding member of the True Light Chinese School in Vancouver and, along with her husband, Wallace Chung, has contributed greatly to the community.

Graduating with distinction from the Yale-in-China Medical School in Changsa, Hunan, China and, after a series of internships that included stints at Seattle’s Tacoma Hospital, Victoria’s St. Joseph’s Hospital and Montreal’s St. Mary’s Hospital, Chung worked at the Vancouver General Hospital and Grace Hospital.

Chung had to overcome various barriers in Canada to attain her education to acquire her medical credentials – from overcoming language difficulties to fighting racial bias to setting up her own practice in Vancouver at a time when women had no legal rights and couldn’t even secure a bank loan on their own. But Chung managed to build an illustrious career, becoming the first woman to practise legally as a gynecologist in B.C.

In 1999, the Chung family made an exceptional gift to the University of British Columbia Library, with their donation of the Wallace B. Chung and Madeline H. Chung Collection.

In making a generous gift of this unique and extensive research collection, Dr. Chung’s husband, Wallace Chung gave back to Canada something of what he and his family had gained since his grandfather came from China to settle in Victoria more than 100 years ago. Madeline Chung is a co-founder of the Wallace B. Chung and Madeline H. Chung Collection at the UBC Library, which is recognized as a national treasure and the W.B. and M.H. Chung Library of Vancouver Maritime Museum, acknowledged by Heritage Canada as a certified Canadian Cultural Property.

Above all, Madeline Chung is a humble, kind, and selfless woman who has done so much for her community, family, and friends. Please honour her by voting for her for the Top 25 in the RBC Canadian Immigrant Awards. 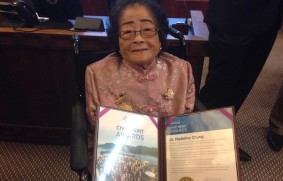 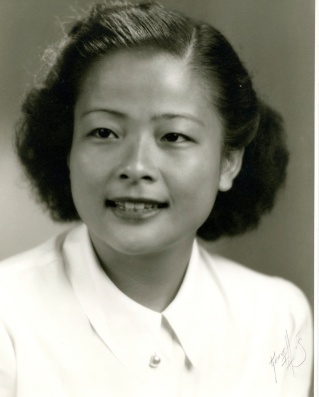 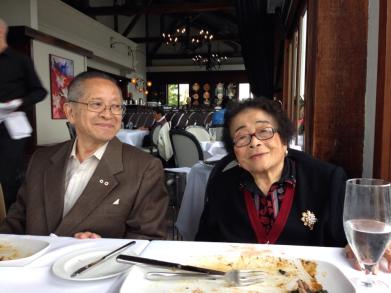 A Banquet of Stories

A Banquet of Stories on Balitang America